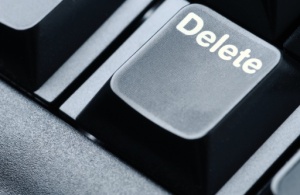 I wrote my master’s thesis on keeping bias out of articles written about issues concerning the author. For example, if a reporter writing for the local paper would not be able to keep bias out of an article on the superintendant of a school to which her children attended. With good editing, proper article balance, source references and fact-checking, an article could be almost completely unbiased. But, essentially, an article-each paragraph, sentence, and word- is an artistic creation by the writer. No work of art is made without liberty and opinion.

I have begun “editing” the blog posts for the soon-to-be-released Stratus Technologies multi-author blog. I’ve edited two posts, but it got me thinking about transparency, credibility, and relationships. Each blogger had a distinct, specific, clear voice. Each of them shared their gifts through different methods and language. In fact, one blog post is half numerical equations.

I believe the power of my work will come when I can get the engineers and tech guys in my office blogging- at minimal stress to them, but at maximum advantage to readers. I want readers to meet the smarties I have working with me, who may or may not be naturally gifted writers.

Where are your boundaries? What are thoughts on editing, ghost blogging and how to other marketers get IT guys to write?

I recently started with Stratus Technologies; a company makes fault tolerant servers and high availability software. I was hired as the Social Media Specialist, given the challenge to bring the large technology company into 2010 on the web.

When I called John Cass, my mentor, to talk about my position, he was careful to mention I would need to delegate sharing and contributing on social media to others in the company. While I know my way around the internet, I can’t necessarily speak intelligently on virtualization and redundancy.

And so my first task was not to start tweeting, to make a Facebook page, or to go out and become an active voice on related blogs. I had to first be social inside the building. I learned I had to be the catalyst- not the reaction.
This is where my annoyingly-friendly personality does me some good. I literally went door to door like a trick-or-treater inviting people to talk about social media with me. There are 600+ people, all with individual offices in our Maynard building, so it took me a while. But I got some good information.

First, I found my new fellow employees were brilliant about a large variety of topics having to do with availability.
Second, I found most of my new colleagues were apprehensive of social media.
Third, social media is not easy to jump into, and it can be intimidating.

And so I started Social Media 101 classes, which are on the slide deck I share here. I couldn’t ask engineers and developers who weren’t “Grown Up Digital” to go out and swim in the deep end of social media without first teaching them to get their feet wet. Even if my colleagues play it safe in the shallow end, the more people in my pool means a bigger pool party.

How have you encouraged coworkers to dive into social media?

These words were so painful to write, but I wanted to share them, as well as my love for my Papa, with you. This will also appear in the OC Register, and in the cards my family is sending out to those close to us.

Johnson, Jack D. spent his last moments of life surrounded by Peggy, his wife of 53 years, and “his girls.” Jack, a La Habra fire fighter for 30 years, succumbed to Emphysema at Saddleback Hospital on Monday, Feb. 1.

Jack was born June 9th, 1937 to Arvil and Jeffie Johnson in Batesville, Ark. He moved to Alhambra with his family and met Peggy at Alhambra High School in 1954. They married March 31, 1956 while Jack attended LA City College before becoming a La Habra Firefighter in 1964 and an Armored Transport Guard in 1965. Jack and Peggy raised three beautiful daughters, whom Jack took to Girl Scout camp-outs, horse shows and softball games. Jack was blessed with five grandchildren, whom he took fishing, to museums and whale watching.

Jack, a 21-year resident of San Clemente, was known for his love of his family, his “out of the box” thinking, his endless kindness and generosity towards others, and his affection for Cocker Spaniels, irises, Frosted Flakes and duct tape.

Jack requested that he be celebrated with a family dinner, but those outside the family can share in his memory by donating to the Susan G. Komen Foundation, a cause close to his heart.

© 2010, Brindey Weber. The posts on this blog are provided ‘as is’ with no warranties and confer no rights. The opinions expressed on this site are my own and do not necessarily represent those of my employer, Stratus Technologies.